In a video that has gone viral, one girl is seen pulling and tearing the another female schoolmate panties while the rest are left quite entertained, specifically the boys.

She’s also seen foot stamping her on the face twice, asking: “Why you went there? What you wanted there?”. Fellow pupils, who apparently took video are heard calling on the perpetrator to stop her violent behavior. 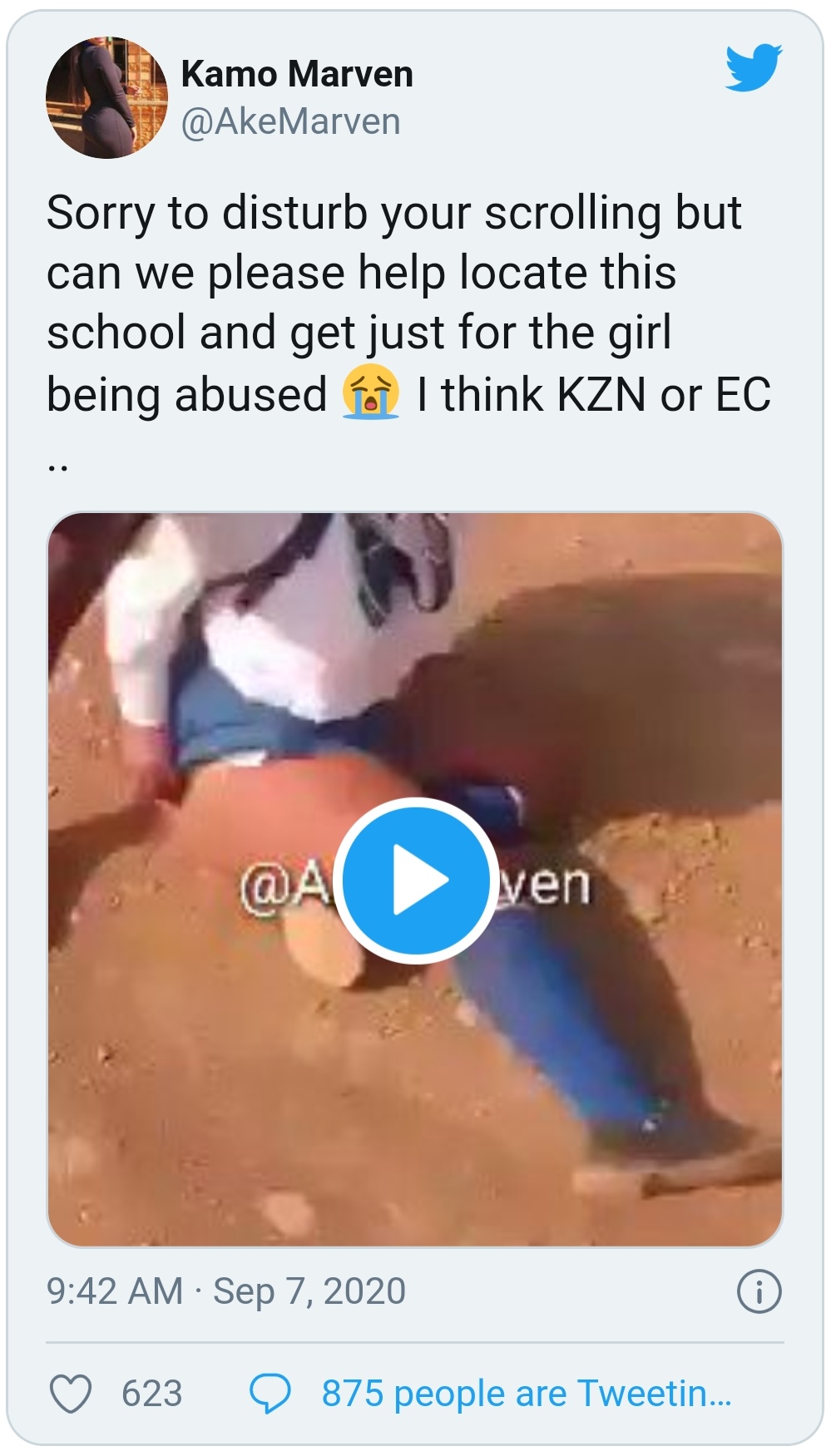 Mshengu has called for disciplinary action against the perpetrator and in response to the video, released a statement on an interview on Ukhozi FM this morning.

Education spokesman, Muzi Mahlambi, reported to the Daily Sun that the report received by the MEC from the school yesterday, was that the girls were had been taking shots to each other on social networks last week, thus leading up to the captured catfight the following Friday.

“The MEC and all of us in the department were very much disturbed by seeing a student being humiliated in such manner in front of other students. We instructed the school to start with a disciplinary processes and to charge the perpetrator and all of the mates reported there, because instead of separating the two, they just entertained the incident and additionally, proceeded posting it online.” 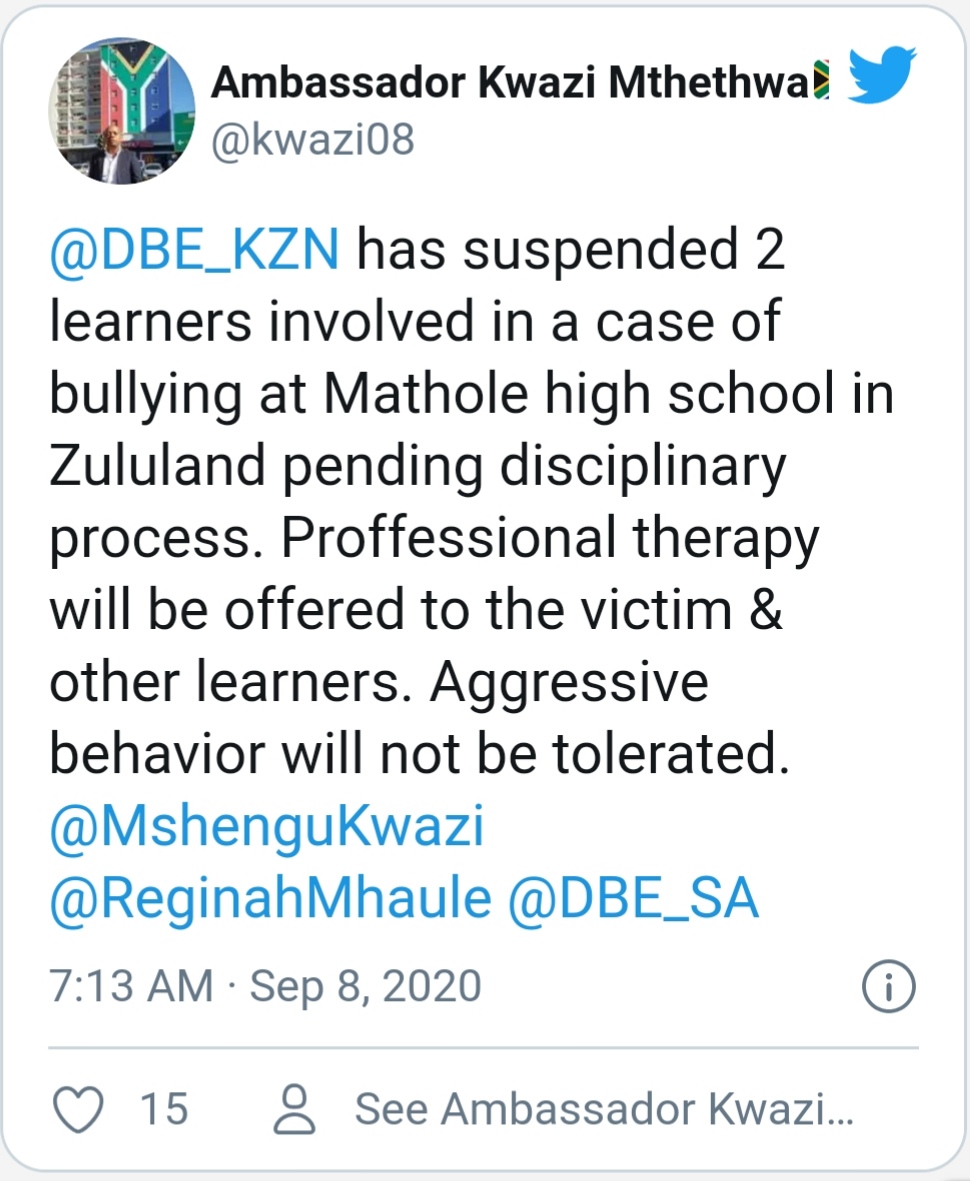 Mahlambi, further added that, yesterday both the victim and perpetrator were not at school, so it still wasn’t clear what they were fighting about. He said the perpetrator would be immediately suspended and if found guilty, expelled. After further investigations, it was confirmed that  the victim is in grade 11 and the perpetrator currently in grade 12.