Even after 27 years into democracy black South African children are still feeling the after effect of apartheid upon their daily lives. Racist white South African parents were recorded on tape physically assaulting a young black learner outside the school premises of Tegnies Hoerskool in Witbank.

In one particular footage, a grown white civilian is spotted attacking an adolescent black teen, while the rest of the parents in the crowd assist him. 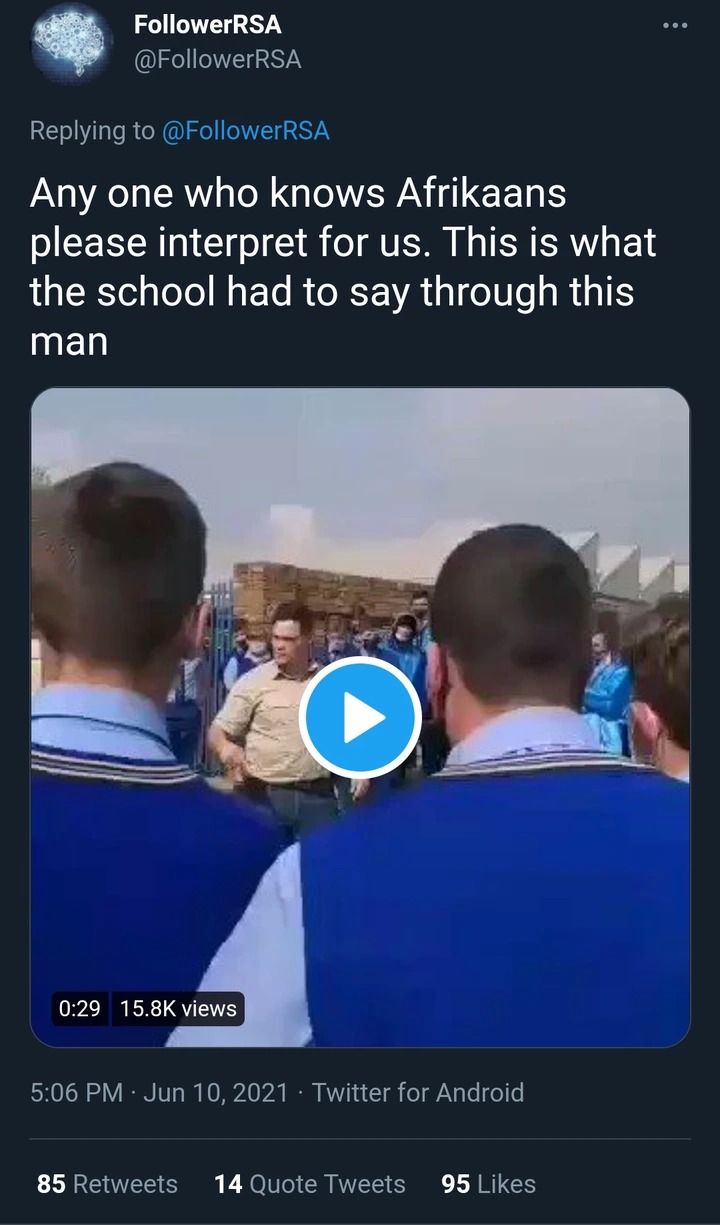 This is one the several video clips that were leaked online, showing a series of clips of these white South African parents protesting against the presence of black African learners within their preferred social institutions.

Apparently, these grown-up individuals came out of nowhere just after the bell had rang for after-school and that’s when they violently started approaching these students but prominently singling out a group of black kids. 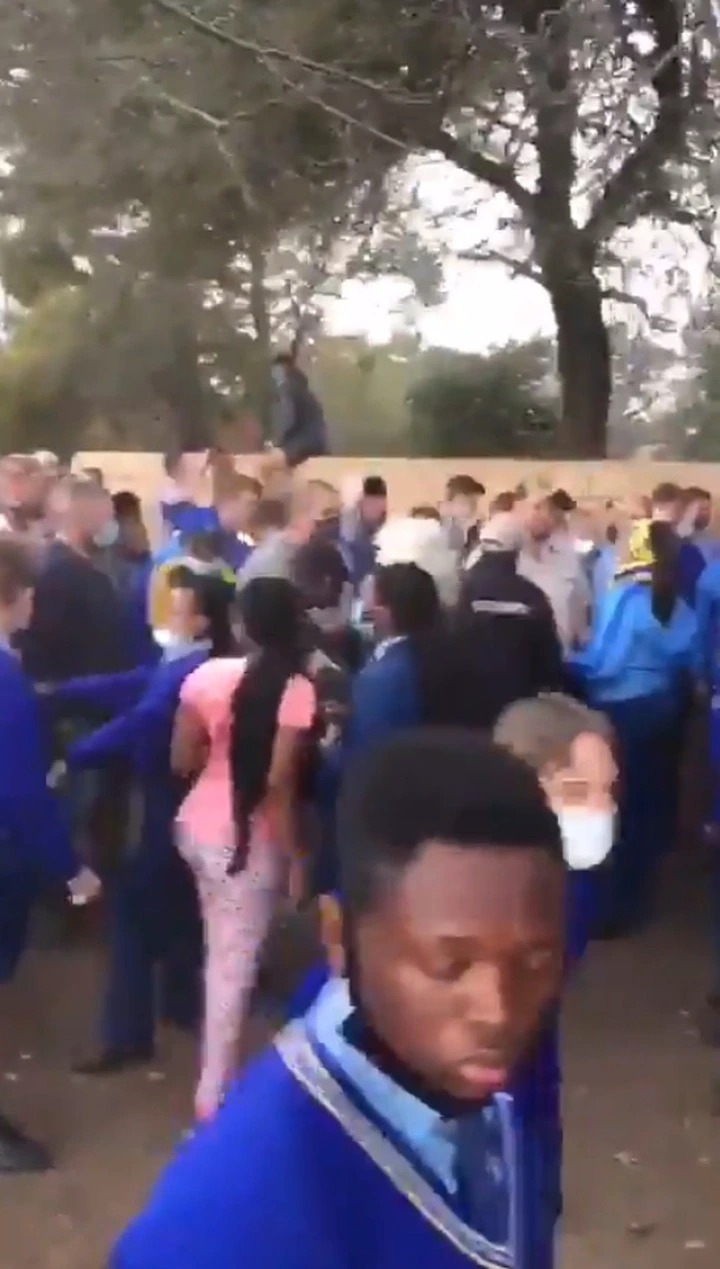 No one knows what could have been the reason behind this disturbing act and so the school has not yet responded either to clarify. Although, rumour has it that these racist white individuals had acted upon an incident involving some form of bullying within the school premises between the learners, whereby it’s alleged that it was perpetrated by the assaulted victim on the video.

However, either way, race had nothing to do with the incident and if so, surety highly favours that the school would have most definitely been handling it.

Thus, it’s clear that the hidden agenda behind this horrible incident was not necessarily about the bullying situation but rather concerning getting black students out of their model C schooling system. 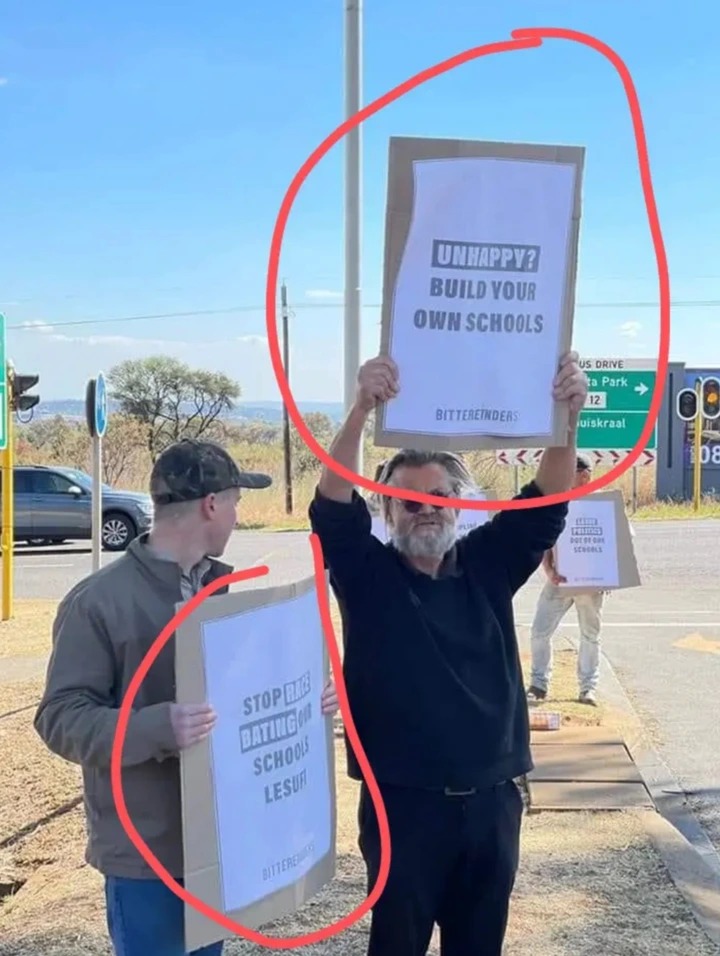 This, primarily because a set of white middle aged men were captured on camera holding up post that had racist remarks about having black learners within predominantly white schools, quoting “Unhappy? Build your own schools” and this was a few days ago prior to this incident.

Furthermore, in one of the viral clips, a white parent is viewed addressing the rest of the remaining students after the dismissal of the black students, he states to what can be translated in English as… 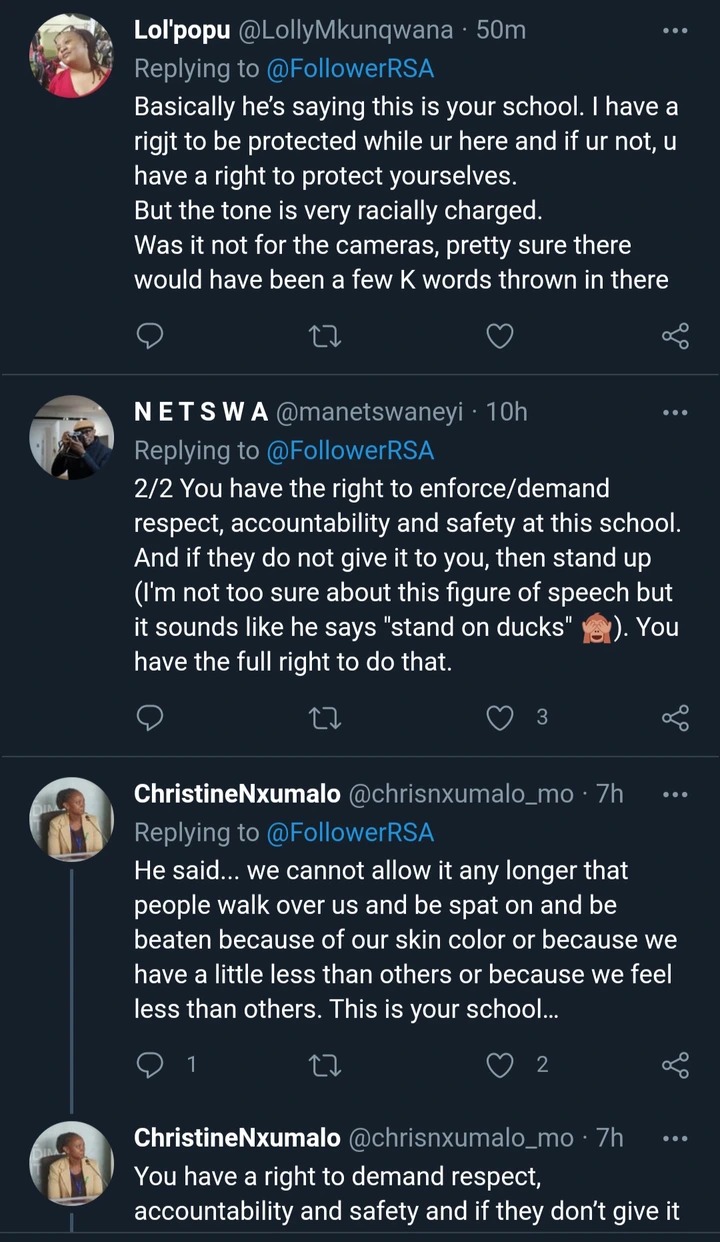 “We not allow this anymore that these people can just walk all over us, while being spat on and beaten because of our skin tone and just because we have little less than them. This is your school. And so, we won’t allow it and you should also fight back too”. 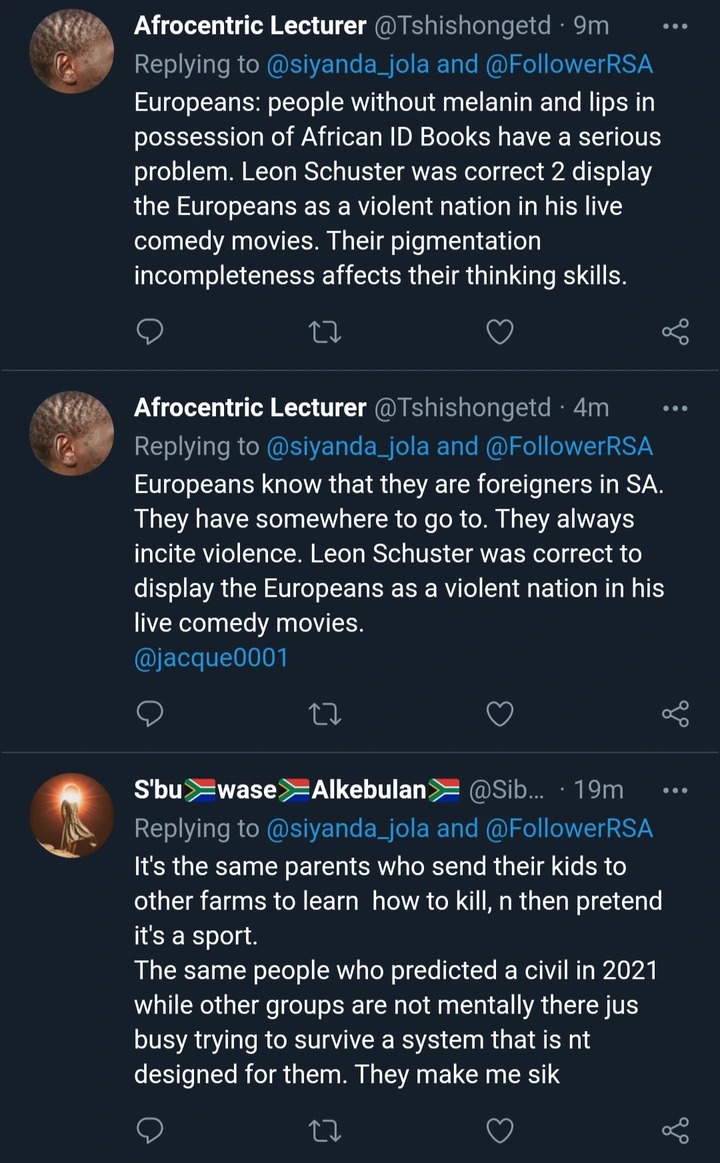 After these short video clips were leaked online, of course, the rest of South Africa was livid and demanded that the government quickly intervines before it entails war. 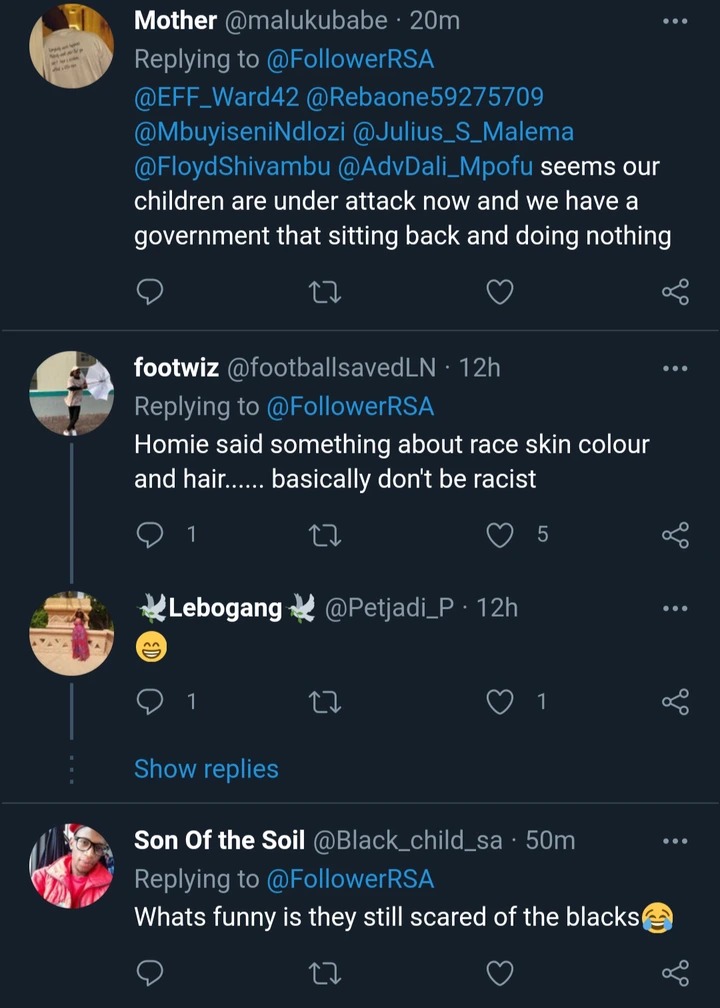 Majority of the comments, were of course from the predominant group which is largely consist of black people, claimed that this was a result of the government turning a blind eye to similar incidents like these and hence they keep reoccurring. 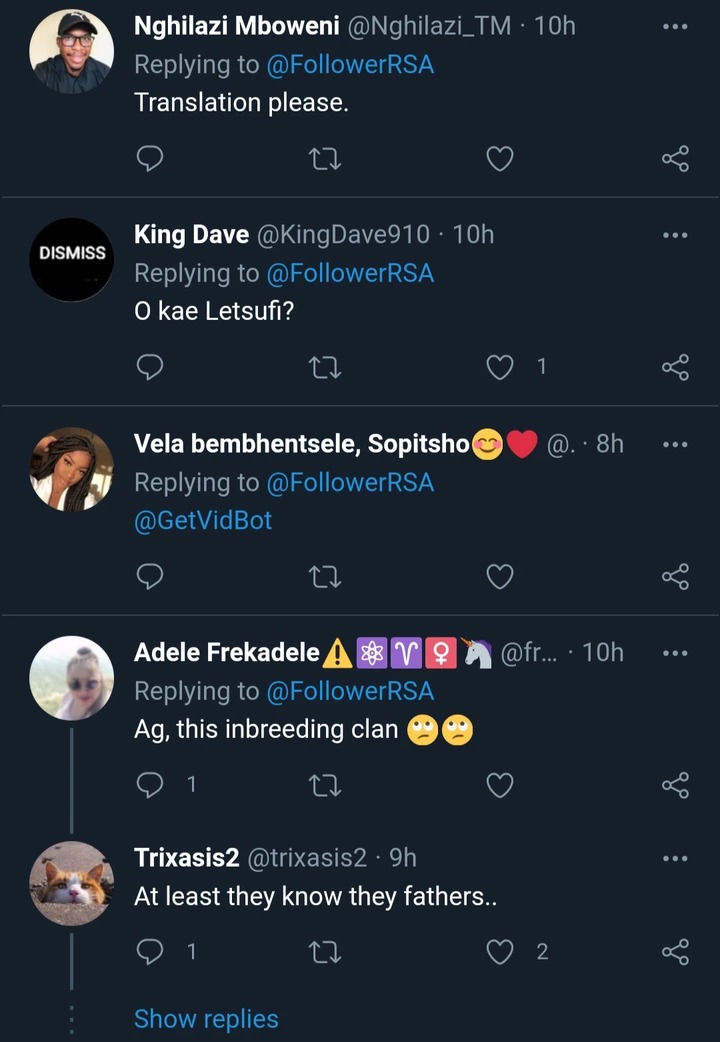 The department of Basic Education together with the school are yet to respond to the matter. Funny enough the same school is under government funding, the same government that is black…how ironic of these racist white South African individuals to fail to know!

What do you think about this upsetting incident?